skip to main | skip to sidebar

Barack H. Obama: The Invisible Man
LORENZO BENET'S NEW BOOK ON SARAH PALIN (TRAIL BLAZER) REMINDS OF US AN INTRIGUING REALITY: WE KNOW MUCH MORE ABOUT PALIN, THE GOV. OF A SPARSELY POPULATED STATE, THAN WE DO ABOUT OBAMA, THE PRESIDENT OF THE U.S. SARAH'S FRIENDS FROM HER CHILDHOOD AND EARLY ADULTHOOD HAVE SPOKEN ABOUT HER STRENGTHS AND WEAKNESSES. YET WE KNOW ALMOST NOTHING ABOUT OBAMA'S FIRST 35 YEARS ON EARTH, ASIDE FROM WHAT HE'S SAID ABOUT HIMSELF. WHY? I'LL EXPLORE THESE ISSUES ON THIS BLOG THROUGHOUT THIS WEEK. One of Obama's former law professors (Lawrence Tribe) called BHO "brilliant." Is there any evidence of that? There's a lot of evidence to the contrary, including many states Obama has made that are wildly at variance with the facts. Remember, he's the one who thought there were "57 states" and that "10,000 people" had died in Kansas tornadoes that actually killed 12 individuals. 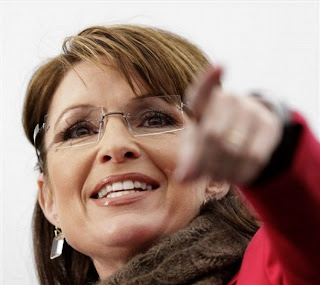 As many of you know, I'm writing a book about Sarah Palin and "The Election of 2012," in which year she and Barack Obama may face off for the presidency. If she wins, she will be the 45th President of the U.S. -- and, of course, the first female President. Recently, on my other blog, which I hope you'll visit (http://draftpalin2012.blogspot.com/), I'm writing about Sarah Palin's life, especially the early years before her family moved to Wasilla. In this column, I'll be writing mainly about Barack Obama, his positive and his negatives. I'll emphasize how much his life experience differ from that of Sarah. In many ways, Obama is the "affirmative action guy," because he's had so much handed to him. In Sarah's case, she scrapped and clawed for everything she got. Obama has a kind of eerie ("creepy," as a Newsweek editor called it) calmness about him. Sarah is the quintessence of toughness and resolve. Right now, Obama probably underestimates Sarah, something many others have done to their ultimate regret. In any case, the following is material from my other blog.
"There is an old photo of young Sarah as a mere toddler, standing in a blue jumper in Skagway yard dangling two shrimp from her tiny hands. Her clothes are soaked, and her pearl skin is filthy, her brown hair tousled. 'That was Sarah for you, [neighbor] Moore said, 'She wasn't your typical little girly-girl.'" (Lorenzo Benet, Trail Blazer: An Intimate Biography of Sarah Palin) I can't recommend the book highly enough.
(Where, we might ask, are the pictures from Obama's early years, aside from the one of him on a tricycle? Whom did he know and play with as a child?)

In fact , this volume is teaching me many new things about the nature of life, and that's rare when someone has been on the earth as long as I. As a young child, Sarah, her parents (Chuck, Sr, and Sally Heath), her brother Chuck, Jr., and her older sister Heather and younger sister Molly grew up in Skagway, Alaska, one hundred miles north of the capital city of Juneau. What was life like there?

A friend and neighbor of Sarah's family puts it this way: "Skagway had no beauty parlor, no barber shop, and if your car broke, you fixed it yourself; if your washer broke, you fixed it.. . . You wore many hats: carpenter, plumber, electrician, and boat mechanic; you did all your own stuff. We had just two grocery stores in town -- there was no fresh milk, and the produce ship came twice a month. Banana skins were yellow, but our kids grew up thinking they were black, so we ate a lot of banana bread."

The Benet book on Sarah is really good because she and her family were in Alaska in the 1960s and early 1970s when it was still America's "wild frontier." The early years in Skagway when Sarah was 4-5 years old were extreme by our standards, but Alaska still has a lifestyle that was pretty standard for much the world into the 20th century.

If people survived, they had to do it pretty much on their own. There was no "going down the mall," because there was no mall. If you wanted meat, you had to go out and shoot something.
Some of the suburban liberals who criticize Sarah believe she's "not like them." In a way, they're right. She's tougher and much closer to life on a fundamental level, one where family and community are very close to one another -- and dependent on neighbors not just for company but for survival.
A lot of modern people -- I'd include myself -- don't have great survival skills. If the grocery closed down and there was no one to repair the washer, dryer, and computer, we would be largely helpless. We wouldn't have learned the basic skills that were almost second-nature to our ancestors. Instead, we live on top of a support system whose existence is one of which we're hardly aware. We're a lot less self-reliant than Sarah and many of the people around her.
Posted by Stephen R. Maloney at 2:37 PM

Sarah Palin will put a good taste in our mouths after this Obama BS.
YUCK

You've convinced me about the book. I had heard various comments about the book, some good, some bad, but now that you've endorsed it, I'll buy it.

Proud Member of the Read My Lipstick Network

Stephen R. Maloney
Ambridge, PA, United States
Steve Maloney is a political activist and writer living in Western Pennsylvania (Ambridge, Beaver County). I've taught English and American literature (and writing) at Wm. & Mary and the University of Georgia. I've worked as a speechwriter for many huge companies -- Phillips Petroleum, Gulf Oil, USX (U.S. Steel), Aetna, Merck, Lilly, and many others. I've written two books and am engaged in writing two others. I live now in an old "mill town" (the kind Obama called "bitter") in Beaver County, 15 miles from Pittsburgh. I love it here. My main activity in 2010 will be to take every step necessary to help Republicans win back the House . . . and to add six or more US Senate seats. First things first: after the Nov. election, we can focus on winning back the presidency. I will be working directly with as many as 20 candidates for federal office. You can e-mail me at: TalkTop65@aol.com. God bless you all.